The ComeUp Seal 9.5rsi winch that lifted a 3,500 pound Jeep from a crane was impressive in a several ways. The winch was equipped with 100 feet of 10mm rope.With about 8 – 10 feet of rope off the winch that was mounted to the Jeep, the winch was pulling on the fourth or fifth layer of rope still wrapped around the winch drum. 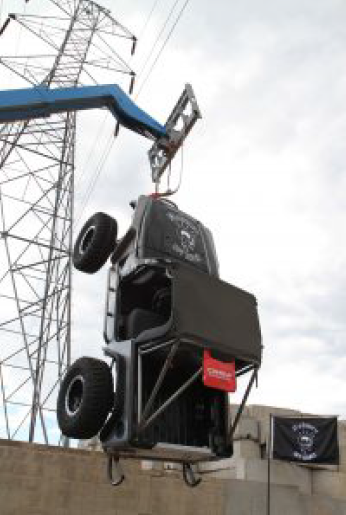 The 9,500 pound capacity winch is rated on the first layer of rope closest to the drum spool. As more layers of rope wrap around the drum, the distance from the center line of the drum spool to the center line of therope increases due to the greater the torque reaction. Since the suspended Jeep presents the same tension (load) on the rope, the higher torque, in turn, presents a higher effective load on the winch. Based on the lift taking place on either the fourth or fifth layer of rope, the effective winch load would be somewhere between 4,500 and 5,200 pounds. This winch load would only increase as the Jeep was lifted closer to its anchor point on the crane because more rope would be wrapped around the drum.

The 9.5rsi winch did not have any problem lifting the Jeep which shows how much pulling power the winch actually has.

The increased effective load did not have any negative effects on the ComeUp patented cone brake since the video clearly showed the Jeep come to a reliable stop during the demonstration. The Cone Brake Structure (CBS) in the Seal 9.5rsi winch consists of two parts. One part is stationary and one rotates with the main drive shaft. One part is steel and the other is a specific brake friction material. The CBS is activated by a cam where the cam design places an increasing force that pushes the brake cone into its cup harder as the load on the winch rope increases. Look for further articles about the ComeUp CBS coming in the future.

Just like the drum or disc brakes in your truck, when the brake is engaged, the friction surface running on the steel portion will generate heat. Unlike some other winches in the market, the brake components are not directly coupled into the winch drum spool so any heat that is generated in the CBS does not transfer directly into the spool. Since synthetic rope can be damaged by high temperatures, the ComeUp CBS is a very good choice for synthetic rope operation because the drum spool surface remains cooler and will not violate the temperature rating of the synthetic rope. 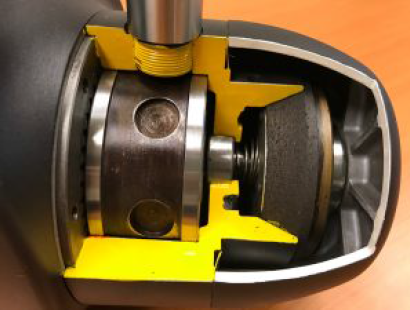 Obviously, the test that was filmed is not something you would want to do at home; however, it did show how well the ComeUp winch performed under such demanding conditions. It proves that ComeUp has enough faith in their product design and manufacturing to take such a chance with a perfectly good vehicle.